When summer arrives, nothing feels better than having a good barbecue outdoors with friends and family. However, you have to choose well the type of barbecue you are going to use. For example, wood-burning barbecues are a great option for those who like to cook meat.

Why a wood-burning barbecue?

Having options such as charcoal or gas barbecues, those that use firewood may not appeal to you much. But, do you know the advantages that this type of barbecues have for you? They can be a much more interesting option than you imagine: 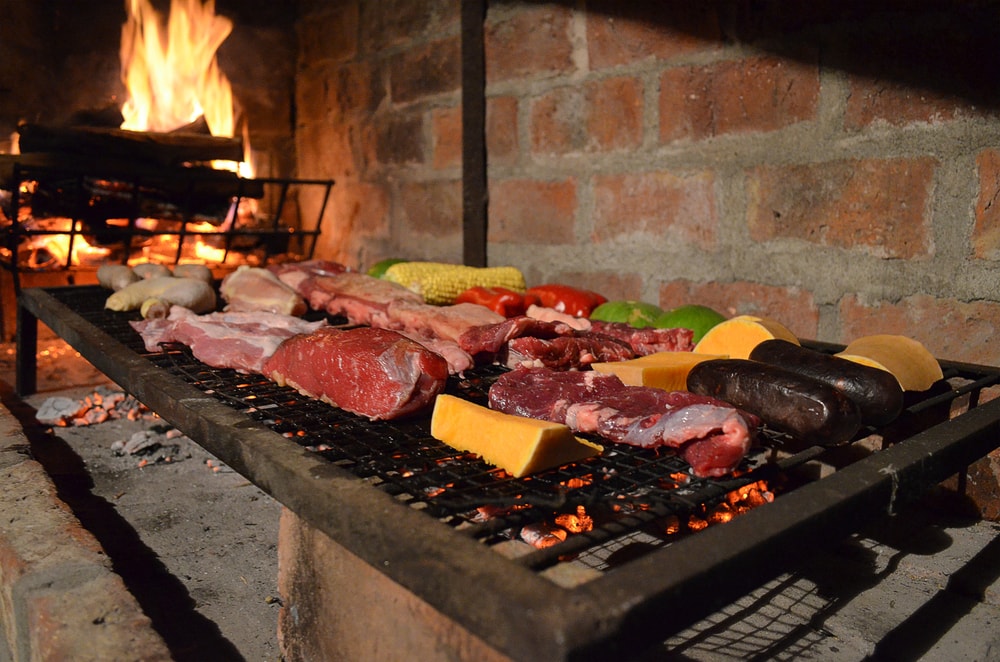 What kind of firewood can you use in a barbecue? 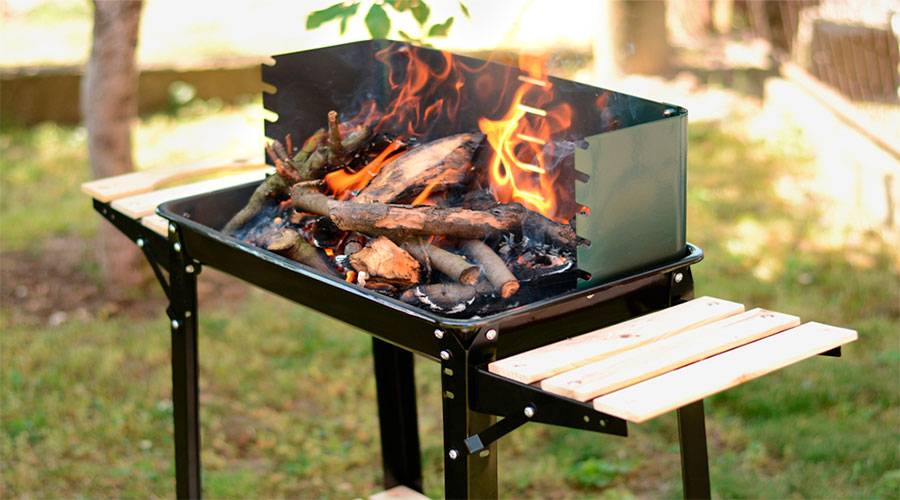 It is true that there are many types of firewood, so it is not difficult to find one that you can use for the barbecue. However, first you have to distinguish between the different types. They are usually grouped into two categories:

Hard: Hard firewoods are those that come from trees with great hardness and resistance. They offer the best embers for the barbecue, and a fantastic calorific performance. As hard firewood, oak, holm oak, olive or oak wood is considered.

Soft: Unlike the previous ones, these last less time lit and fewer embers are obtained. It is not as powerful as hard wood. So it is intended for the preparation of quick dishes. Fruit trees are considered soft firewood, except for the orange tree, which is considered hard firewood.

In some areas, another type of firewood is used, such as vine shoots or branches. These are used for the preparation of paellas or roasts. They require great control of fire, so only expert cooks are capable of using them. Depending on the area you live in there will be more or less firewood of one type, ask the neighbors, in the stores, etc., which is the best and most common in your area.

What is the heat capacity of each type of firewood?

At first, it may take a novice to get used to a wood-burning barbecue, since controlling the calorific value of this is important. In addition, you have to think that there is firewood on top, oak, olive, orange, almond ... more than a dozen types that can be found in any store.

For according to what type of dishes will be interesting one that has more heat capacity than another. For example, if the meat is very thick it will be better to use a higher power one, on the other hand if it is for a meat such as hamburger, the one with less calorific power is the most interesting option.

Ordered from highest to lowest, this is the heat capacity of each type of firewood:

The hardest wood firewoods are those with the highest calorific value. Like to light a bonfire, or a fireplace, you have to take into account the heat capacity to achieve the most delicious dish.

In some stores they may sell you what is known as "green firewood". A much cheaper firewood, but that has less calorific value and that gives off a rather unpleasant white smoke. It is not the best option when it comes to cooking. 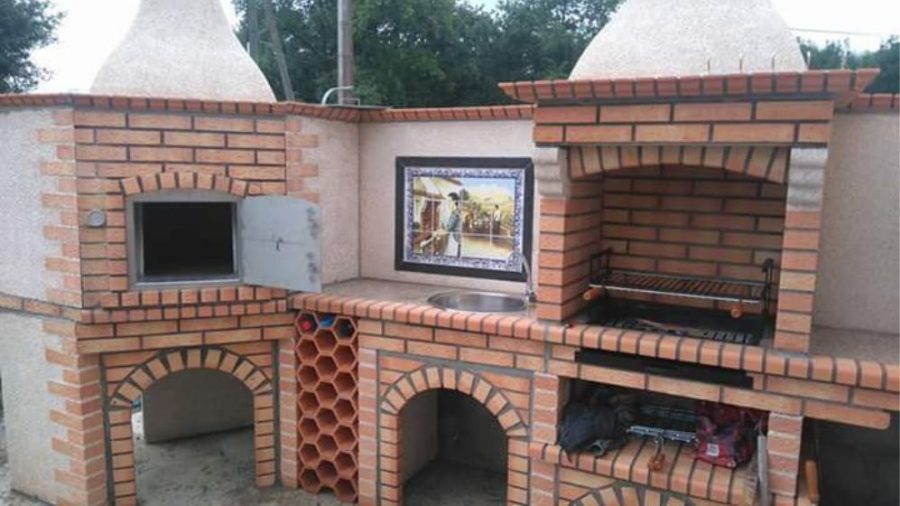 How should you light a wood-burning barbecue?

Remember, it is always better to use firewood from a hard tree, and, of course, that it is always dry. It is often said that the best firewood for barbecue has had to be 6 months out in the open, in the sun. This helps it lose all the water it contains. It should not have branches, nor should it have green leaves or twigs. If they do, this will cause thick smoke, plus it will cost much more to light the barbecue.

Once you have the wood on your barbecue, light the wood and with the help of shovels or iron tongs, stir until the embers form. It can take about the same time to ignite as charcoal, but you must watch it well to avoid burning the fire. 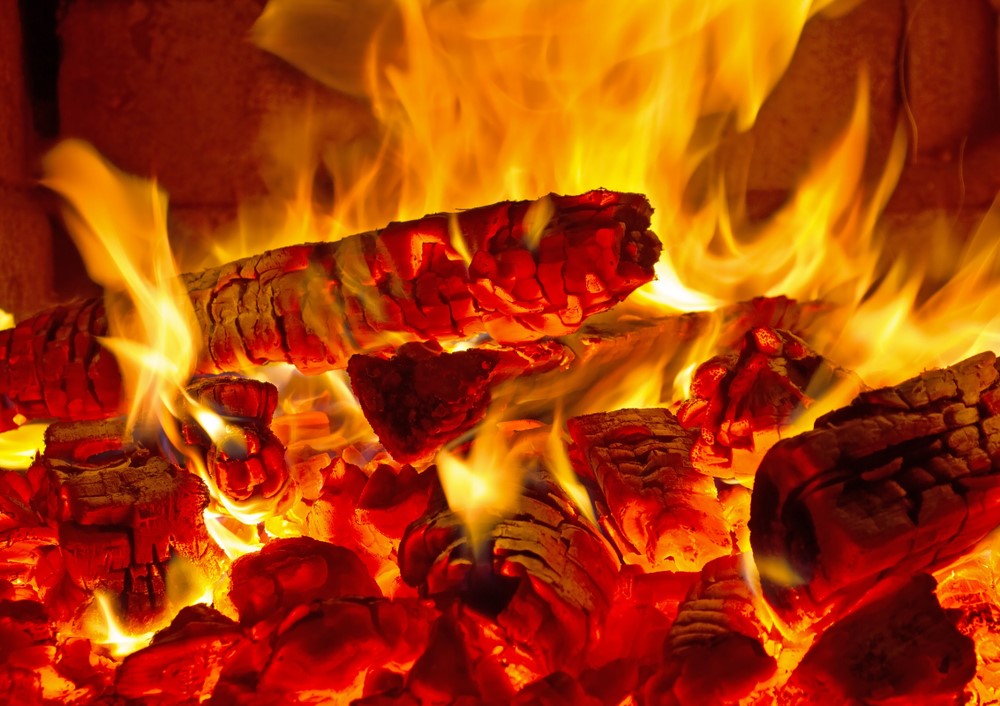 Where should you locate this type of barbecue?

Since these types of barbecues generate a lot of smoke, their location must be ideal. In the event that you are going to build a construction site, you have to think carefully about the location, it has to be a place that does not have many drafts and in which the smoke that comes out does not bother us or the neighbors. If you buy it with a hood you will not have to worry much about the smoke and you will have more freedom to choose its location.

On the other hand, if the one you buy is an iron barbecue, you will have to be a little more careful. Put it away from doors and windows, in an outdoor area where you will not have the wind against it, or the smoke generated will disturb you when cooking. Keep in mind that although many barbecue models have a lid, some dishes are tastier if cooked without it.